September 13, 2019 Ghost at Halloween Fun Scare. Maybe even a few ghostly apparitions following through the site!

I ain"t afraid of no ghost

In Search Of Apparitions

Ghostly Worshippers Convincing pictures of ghosts have been taken in churches. In I940, a local solicitor snapped an unmistakably human form in front of the altar of St Nicholas's church, in Arundel, Sussex. More solid in appearance than the brown lady of Raynham Hall, it was still partly transparent. Some have interpreted it as the figure of a kneeling priest. A similar figure appeared in a photo taken in St Mary's, Woodford, in Northamptonshire, by Gordon Carroll in 1966. Two ghostly priests turned up in the picture of Lady Palmer taken by her friend Miss Townsend in the Basilica of Domremy, in France. The prize for technical quality in a ghost photograph must go to the Reverend K. F. Lord of Newby, in Yorkshire, who recorded the presence of a very clear, if somewhat stagey, hollow-eyed spook before his altar. These are examples of 'place-centred' ghosts. Photographic evidence for 'person. centred' apparitions is more ample. The family photograph albums of the London medium Gladys Hayter contain dozens of colour pictures of inexplicable lights, shadows and - apparently - partly dematerialised living human beings. In 1979 she took a shot of a child in a car, a picture that seems entirely normal except for the fact that, as she has testified, no child was in the car when the picture was taken. There are no photographs, however, as persuasive as the best eyewitness accounts. Cumulatively, the weight of evidence, of all kinds, suggests that ghosts exist. But, despite a century of intensive research, what they are, and the conditions under which they manifest themselves, are questions that are still awaiting definitive answers. Ghost hunters still face mysteries in plenty.Ghost are here. 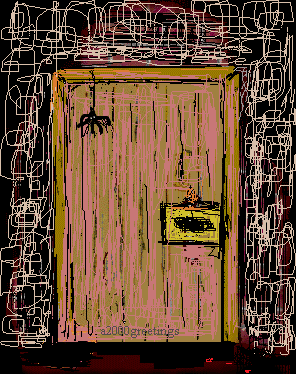 The dead man's door and other stories by Yimanu Kianen. $2.50 from Smashwords.com
A perfect combination of short horror stories guaranteed to send shivers down your spine.

Ghosts In Sunlight : A Story of Passion by Gretta Curran Browne. $4.25 from Smashwords.com
The themes in this fabulous book range from young and tender love to old and bitter hatreds. From the misery of bed-sit poverty of London in the 1960s to the power of immense wealth in the 1990s. AN ENGLISH-AMERICAN LOVE STORY; set in London, Massachusetts, Paris and Stockholm.

Add To Favorites Bookmark This Site